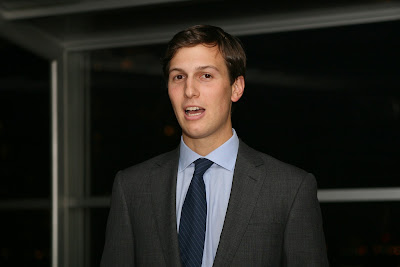 A major tech upgrade cycle is coming, this time from the government. Jared Kushner led a White House Office Of American Innovation meeting with top brass from the tech sector yesterday.

They are moving through Congress to pass the Modernizing Government Technology Act which will shift $80B in annual spending to more modern systems including cloud services. The government will not only shift monies but will also add additional funds.

If this bill passes we are headed for a major government-led upgrade cycle. The government is already estimated to be about 20-40% of the total GDP spend.

The biggest beneficiaries are of course likely to be Amazon, Google and Microsoft. The biggest loser will likely be IBM who leads in government legacy systems.

We recently reported that we think there is going to be a huge technology stock boom coming already anyway. Even though the Fed is scratching their heads wondering why productivity is so low, we think it's about to bolt higher.

If you consider the amount of automation and artificial intelligence being designed in to new products this stat below is about to take off.

There are still tons of bears in the stock market but the economy and earnings have been picking up. A technology stock tech boom can add more fuel to this bull market.

Also thanks for the great reports from Anita Balakrishnan of CNBC

Disclaimer: Securities reported by Elazar Advisors, LLC are guided by our daily, weekly and monthly methodologies. We have a daily overlay which changes more frequently which is reported to our premium members and could differ from the above report. Portions of this report may have been issued in advance to subscribers or clients. All investments have many risks and can lose principal in the short and long term. This article is for information purposes only. By reading this you agree, understand and accept that you take upon yourself all responsibility for all of your investment decisions and to do your own work and hold Elazar Advisors, LLC and their related parties harmless. Any trading strategy can lose money and any investor should understand the risks. #in, $spy, ^GSPC, INDEXSP:.INX, CME Globex: ES