S&P 500 Weekly Catalysts: Are They Keeping You Out Of The Market?

For clarity’s sake, we are turning very bullish short term on SPY from already bullish. SPY hardly budged on Friday with the big downdraft.

The general market took a dip on Goldman's bearish call on FANG (Facebook, Amazon, Netflix, Google) valuations. We had been neutral on Apple, Amazon, Google, and Microsoft but bullish on Facebook all based on our work and our earnings multiplied by historical PEs (Price-to-earnings valuation ratios). The downdraft in NASDAQ is an opportunity to enter this bull market.
Wednesday: Fed Rate Hike
The Fed is expected to raise rates by 25bp at their meeting Wednesday. CME has a 99% chance of a hike. The Fed has said their intention is to return to 3% Fed Funds by 2019 (search: Federal Funds Rate) from the current 1%. As long as the market gives them the "ok" the Fed will raise rates to get back to their version of "neutral" at 3%. Wednesday's move will get them over 1% for the first time since 2008.
There will be a press conference which will discuss the Fed's plans to reduce their $4T debt portfolio later this year.
When the Fed announced a taper May 24th through their minutes, bonds went up which is a sign of "great action."
We expect something similarly bullish on Wednesday.
Wednesday CPI

CPI slowed the last two reports. After Wednesday, the CME does not expect another Fed rate hike until 2018. If the CPI report remains low it can push the Fed's plan for their next rate hike into next year. That would be bullish.
Thursday Jobless Claims

Jobless claims have been coming down for years and are near record lows. Thursday's weekly report is significant to us because it's a weekly economic readout that matters to markets.
Last week strengthened from the week before.
Last Week: James Comey: Bullish
Many in the media are still hanging on that the Comey news is a bombshell event. If anything, politics is keeping people out of this bull market, as we've been saying while the media is trying to sensationalize news. That can’t help you make money unless you are a devout contrarian.
That said, if anything, James Comey did a good job of incriminating himself that he was the source of a leak.
He also managed to discredit the media by saying that "bombshell" leaks were not correct. That could take the bite out of next "bombshell" news events helping markets rise.
Comey also confirmed that President Trump is not under investigation which is of course bullish. Who reported that?
Being a lawyer Comey was not able to say himself that President Trump obstructed justice. With no other witnesses except himself, and being a lawyer, and not being able to say it was obstruction of justice, probably heavily favors President Trump to be found innocent. That is bullish.
Politics Keeping People Out Of This Bull Market 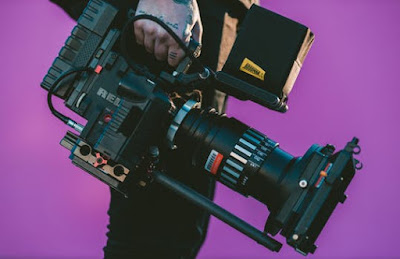 Look at this quote from a CNBC interview this weekend,
"I have a lot of clients, big multi-national clients, who have a lot of money on the sidelines," she added. "They were ready to go in January and because of uncertainty related to fiscal policy, they are now sort of deer in the headlights and on hold. That is not what we want to see."

Investors are stunned by the media's portrayal of the news which should have clearly reported that President Trump was exonerated on Thursday. But media coverage is not incentivized to give that message because they miss out on a hot story. That style of media coverage is keeping people out of this bull market.

Individual Investors
Here’s more proof the media is sidelining investors both big and small.
AAII does a great survey of individual investors.
They are saying that bullishness is below historical average and neutrals and bearishness are at historical averages.
There is no euphoria here either meanwhile equity markets are at record highs.
The media is doing a great job of keeping many investors both individual and institutional on the sidelines while earnings growth is picking up. Think about that bullish setup with great fundamentals and nobody "in."
Debt Ceiling
We'd guess President Trump is going to push to get a "clean raise" in the debt ceiling. That is what Democrats have wanted for years. If you exclude the conservative Republican votes, Trump probably has the ability to get enough votes for a clean debt ceiling raise with the remaining Republicans that back him plus the Democrats. This may not be the risk people expect.
Editor’s Rant
Many report the news but lately mostly direct you to exit the markets. We’ve been pointing out to our Pro Traders that we could be in for a multi-year bull market. The general media wants to talk you out of that opportunity.
If you are having trouble staying long using your current news source and want more meat on the bone why, how and when you can enter, give us a shot.
Missing From This Report
Pro Traders get the above style report well before markets open each day covering STOCKS, EQUITY MARKETS, GOLD, OIL, CURRENCIES and BONDS.
About Pro Trader

Pro Trader is the best way to have your arms around the markets, equities, gold, oil, stocks, news in the least amount of time. Have conviction what to do based on news, charts, pro analysis, live chat, in short sweet daily reports at the crack of dawn.

Disclaimer: Securities reported by Elazar Advisors, LLC are guided by our daily, weekly and monthly methodologies. We have a daily overlay which changes more frequently which is reported to our premium members and could differ from the above report. Portions of this report may have been issued in advance to subscribers or clients. All investments have many risks and can lose principal in the short and long term. This article is for information purposes only. By reading this you agree, understand and accept that you take upon yourself all responsibility for all of your investment decisions and to do your own work and hold Elazar Advisors, LLC and their related parties harmless. Any trading strategy can lose money and any investor should understand the risks. #in, $spy, ^GSPC, INDEXSP:.INX, CME Globex: ES
Tweets by ElazarAdvisors