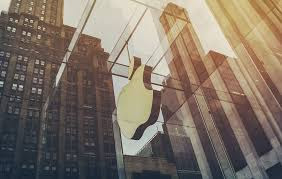 The Wall Street Journal (WSJ) reported yesterday that Apple's "market share for renting and selling movies has been falling for years."


We were recently reported to say that "One statistic could make or break Apple's future." That stat was R&D, research and development.

Here's the chart we showed.

While Apple (AAPL) (Rated Neutral) has a huge cash hoard and a decent dividend, it under-spent major peers in R&D spending in Q1.

Video is a race. Facebook (FB: MT Buy Rating), Amazon (AMZN: Rated Neutral), and Netflix (NFLX: Rated Neutral) have been sprinting in the video land-grab. Conservatism probably will not be the winning formula longer term.

Let's Wrap It Up

Apple's been busy in the news with lawsuits. Apple probably needs to step up its R&D spend to catch up in the video and technology races.