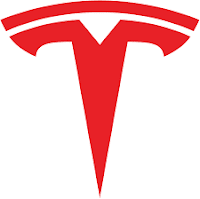 Elon Musk is single handedly running over the shorts. We wrote two weeks ago we had no idea how the shorts stay short. Musk let go of one his more powerful short body-blow-tweets yesterday sending bears reeling. I have no idea how much more punishment the shorts can take. We think the stock's going much higher as we've been talking about.

Musk let go one particularly hard jab to shorts in the form of a tweet yesterday.

Here's what he said, "They have about three weeks before their short positions explode."

What's in three weeks? Tesla typically issues their quarterly production and delivery report the first week following their quarter-end. That would be in about three weeks.

He implied that the numbers we'll see in that coming report will be so good they'll squeeze the shorts.

Shorts, We Warned You

On June 7th we said we have "no idea how the shorts stay short."

On April 13th Musk tweeted Tesla was gunning for profits in Q3 and Q4. Since then all we hear about is Tesla firing everybody with the intention to cut costs to reach break-even.

They've also been telling you they are on track to hit their Model 3 production target of 5,000 per week by quarter end. That's a key metric to hit profits.

Knowing the company's on track for both profits and production has to be too much risk for a short. How can you stay short with the CEO telling you your worst outcome is on its way?

That's a risky game of chicken.

On May 17th we called for a "short squeeze run-up into the Q2 report." That's happening now.

On May 15th we pointed out Musk not being the only insider buy and gave the math for a $700 target.

As of the last data point May 31st, shorts are still up at their highs. Shorts are not budging. That means there's more squeeze to go.

So Who's Sending The Stock Up?

Frankly we don't think this move has been only short covering.

Big money managers have to be running the numbers we ran. If so they are in there buying too. If Tesla goes profitable in the back half they can make $14.00 next year. The Street's at only $2.39 for next year.  If we're right there is much more to go on the upside.

If so you have the shorts and large money managers about to fight for every share available.


All investments have many risks and can lose principal in the short and long term. The information provided is for information purposes only and can be wrong. By reading this you agree, understand and accept that you take upon yourself all responsibility for all of your investment decisions and to do your own work and hold Elazar Advisors, LLC, and their related parties harmless.

We are long Tesla for a customer.
elon musk. tsla stock tesla