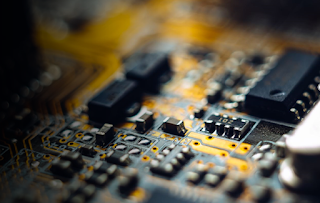 Here's some of the notes we told subscribers today. While we've been sharing this weekly publicly, subscribers receive this and other reports intraday & daily on tech, trading and markets including our world ranked stock picks, timing calls and live chat. To see our full comments along with specific stock picks click here.

Let's start with the most important factor in the world right now.

The number of US Coronavirus cases slowed.

There's chaos in the world as we all know and we are all dealing with it in some way. Most importantly, wishing everybody to be safe.

For markets the quicker that above number can slow down the sooner markets can look out to expect a business rebound.

Fundamentally I think we are within a month of these numbers slowing to a crawl but we need to see that. In the meantime the only trade will be to watch bad news action to see if the market's bottomed.
Bad news and good action can be a strong hint the market bottomed and wants to keep moving up.

I'm not sold on it. But the action the last couple of days was decent.

The market historically does not tend to trade on jobless claims or ADP. It does trade on NFP. NFP was terrible and the market was down. It wasn't down a lot which is ok but it was still down and that's not amazing.

I also think there has to be a decent few-month lag from the end of the virus (hopefully in a month or so) to the bounce back of the economy. I don't expect people to jump back to action. The Fed's saying that's the key, how quickly they bounce back. Meaning it's not assumed that people bounce right back even though the market's would probably like to believe that.

Anything that can give us confidence or doubt about a Q4 earnings bounce can decide the next move in markets.

I think that will show up in these case count numbers above.

For now people expect a good recovery but there is no way to know that. So I don't have a clear view right now except a slight upward bias because of the not-so-bad action on terrible jobs numbers Thursday and Friday. And the chance that the case numbers can continue to slow.

Still the trade is not clear to me. When it is you'll see it reflected in my net exposure.


All investments have many risks and can lose principal in the short and long term. The information provided is for information purposes only and can be wrong. By reading this you agree, understand and accept that you take upon yourself all responsibility for all of your investment decisions and to do your own work and hold Elazar Advisors, LLC, and their related parties harmless. All trades are hypothetical to show rating and opinion. All trades exclude relevant transaction costs. We have no holdings in the stocks mentioned unless otherwise noted.